Are the people of Barcelona friendly?

At Urbane International Real Estate Barcelona we sell apartments in Barcelona but besides, we have great experience and knowledge about the city and its people. Barcelona represents a graceful embroidery of nationalities, from foreigners to locals, all approaching friendship differently. This is the city that will take your breath away and give you so much more in return.

Talking about friendship in general, the concept signifies a bond of affection between two people. People tried to define the meaning of this word and its role for ages, the most important investigation being found in Greece. Socrates believed that only virtuous people are capable of friendship and that a group of people who label themselves as friends do so because they are seeking wisdom and truth.

The Spaniards are regarded as friendly and welcoming. Perhaps one of the reasons for this is the fact that Spain has been for centuries composed of different folks and therefore, nowadays they remained open to different people, and they embrace the strange, new and unusual. Exemplifying, before Fernando de Aragon and Isabel de Castilia ended the occupancy of the Moors over Spain, the Spanish coexisted with the Moors for 7 centuries. Barcelona itself was occupied several times, by distinct conquerors from al-Manṣūr in 985 to Napoleon in 1808. The Catalan city, just like the entire country decided to regard occupancy the same way: as a hard lesson, but also as a great way to absorb the culture and integrate them into the Spanish one. The result was a marvelous fusion of ideas, habits, views, culture, and history that turned Spain into a beautiful mosaic where anyone feels at home.  Barcelona is certainly at the top of the list in terms of setting an example. The city is brewing with internationals, and this is an aspect that can be seen in multiple areas. In Barcelona, you can find any type of restaurant, from Asian to Greek, Indian, Ecuadorian, African, and even Polish or Romanian. Further, the city has many international universities. Spain has in total 76 universities, out of which some of the best exist on the grounds of Barcelona. Not only does the city have many academic options for you, but it also provides some of the most prestigious universities in Europe.

Another point where Barcelona ranks high is the impressive number of international residents which compose 17% of the population. It might not sound like a lot, but this results in 179 nationalities. This gives you access to 179 different cultures, types of history, languages, and more. In terms of health, as an international you have access to both private and public health care, both options being excellent.  If you are thinking of moving to Barcelona, our international team in Barcelona can help you when looking for apartments for sale available in the city.

Since we established that Barcelona is indeed welcoming and open to an international community, we should take a look at the wide palette of properties available. If you see Barcelona as a home and you want to buy a property, the city has options for everyone. The first aspect would be the neighborhood of your future home. You can live in a bohemian area such as El Born, surrounded by artistic touches, a lively one that kissed the waves of the sea such as Barceloneta, or a peaceful one like Sarria-Sant Gervasi. Further, the housing possibilities are infinite, from beautiful lofts to wide apartments with private pools and gardens. If you want to buy a property in Barcelona and transform it into your new home, you should keep in mind that here you will have everything within reach, the sea, the mountain, nature, urban life, culture, heritage, food, and more. Barcelona is a whole world waiting to be uncovered. Then Again Barcelona has many apartments for sale and if you want to move here we have the most beautiful ones waiting for you.

Returning to the topic of friendship and how Spaniards tackle it, everyone coming to the city will feel at home or even better. The Catalans are friendly, open-minded, and very approachable. They love to talk about history, politics and so much more. There are many locals here who witnessed the evolution of the city and will certainly enjoy sharing their experiences with you, only contributing to your familiarizing with Barcelona. The city is occupied by many of its own countrymen, so you will most likely come across people from Cordoba, Salamanca, Santiago de Compostela, Bilbao, Madrid, and more. If you want to live in Barcelona our apartments for sale are what you need.

In terms of tips, we have a couple to give so you can make fast and long-lasting friends in Barcelona. Besides various apps you can download on your phone and arrange a meeting with people you share common interests with, you can also join a language exchange group or even a sports group. If you are interested in a more advanced age group and have a family, you can meet through several forums other parents and go jogging, share a glass of cava or have a play date with your children. Frankly, you do not need to put a lot of effort to meet people in Barcelona as sometimes you might find yourself in a surprisingly amicable conversation with someone who used to be a stranger sitting at the table next to you at the café, but what would life be without an unexpected element? You might find yourself at the end of the day, somewhere in the distant future, looking back to your early days in the city and realizing you made a home out of a house, a friend out of a stranger, a family out of friends and even a partner for life out of a foreigner.

All in all, the people you will meet in Barcelona have a huge potential to become your friends, people with whom you share interests, joyful times and, as Socrates considered, virtues. 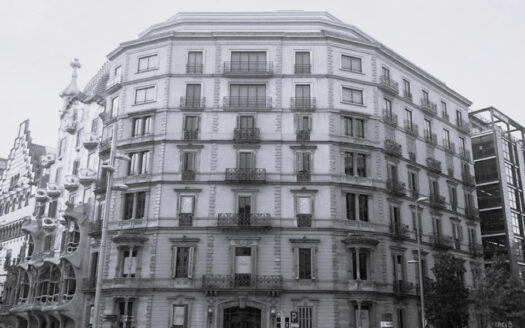 Amazing Places & Properties For Sale In...

Jan 13, 2023
If you’re looking to buy properties for sale, we are your real estate in Barcelona. Contact us, then you’ve come to ...
Continue reading

Is buying a property in Barcelona a good inv...

Our View on Interior Trends for Spring-Summe...

Apr 04, 2022
Take a look at Urbane’s favourite interior trends of this season!   Self-spaces One positive outcome for ...
Continue reading
Sign up to receieve alerts for new properties and save your search!
Sign into your account
or
Login with Facebook
Login with Google
Create an account
Reset Password
Register here! Forgot password?Back to login Back to login

Is moving to Barcelona a good idea?
Amazing Places & Properties For Sale In Barcelona