This incredible apartment has the best amenities and equipment and is in one of the desirable locations in Barcelona: La Rambla. The Mercat de la Boqueria is next to the building, so you will have the best views from the city and the best fresh food just in front of your home.

This wonderful and glamorous 2-bed apartment in Barcelona old town for sale enjoys a total surface of 105.62 m2. The house is completely renovated with high-end materials. The property is distributed in a large living room with restored wooden beams and large windows with an open kitchen of 40m², two bedrooms, one in the form of a suite and the other double bedroom, both rooms with a balcony overlooking Las Ramblas, and another bathroom. The house has a home automation system installed. Gas heating by radiators, air conditioning by ducts, parquet floors, built-in wardrobes, and wooden windows in the living room, access to the balcony and bedrooms.

Ciutat Vella (old town in Catalan) is a district composed of 4 districts. It is bordered by the Mediterranean Sea in the southernmost part of the city and by Plaza Catalunya, Plaza Universidad and Plaza Urquinaona in the north. Ciutat Vella, in addition to being an architectural showcase with an impressive historical and cultural heritage, is one of the main restaurant and bar areas in the city of Barcelona. There are many alternative shops with their bohemian atmosphere which, together with the richness of the cultural offer, make the Ciutat Vella district one of Barcelona’s main attractions.

Barcelona’s old city is divided into four main areas. On one side is the Raval, a district with a rich multicultural environment and a strong commitment to cultural spaces. You also have the Gothic Quarter with its particular architecture and magnificent shopping streets. The third is the district of Sant Pere, Santa Caterina i la Ribera, where Borne is located, a very bohemian part of the district, and then Barceloneta, an urban beach where you will find the best fish restaurants in Barcelona. 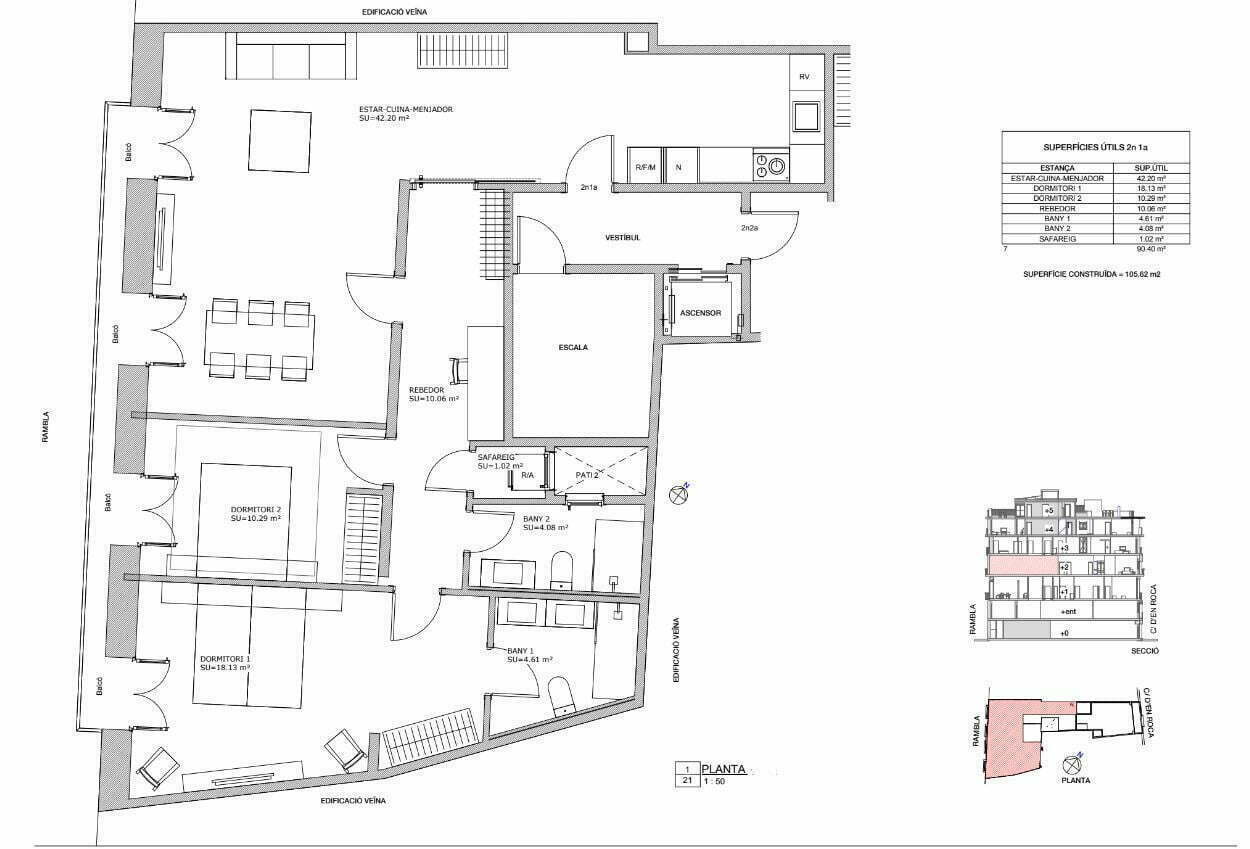