This beautiful 4 bedroom apartment is part of a brand new building located in the centre of Poblenou, with all its beautiful green parks and the Glories shopping mall around the corner. It is a quiet neighbourhood close to the city centre with excellent communication.

This stunning 4 bedroom apartment enjoys a total surface area of 114m2, with 4 bedrooms, 2 bathrooms, a spacious living area, and a fitted open plan kitchen. The flat is located on the 2nd floor. As you first enter the property, you can find a big living room with an American-style fitted kitchen. On the left, there is the ”night” area, with 2 bedrooms, one suite, and one individual bedroom. Both the day and night areas have direct access to the spacious balcony.

Also, you have access to the pool located on the roof of the building, where you can enjoy the beautiful Mediterranean weather of Barcelona throughout the year. In Barcelona it is hard to find a parking spot, luckily there is underground parking available. The apartment will be ready to move in starting from November 2021.

The area of Poblenou

The post-industrial and very popular these days Poblenou is one of the neighbourhoods with the most personality in Barcelona. Poblenou is a living history of workers and anarchism, of factories, but now it is also one of the most important centres of creation. The chimneys have given way to computers and factories, to new networks. In spite of its modernity, one of the best horchatas of Barcelona are still to be found in Poblenou. Before the 1992 Olympics, El Poblenou had the atmosphere and appearance of an almost abandoned industrial zone. With the reforms of the city, the neighbourhood has suddenly become full of life: restaurants, bars, and all kinds of tourist attractions can be found here together with some of the city´s best beaches. Since the Olympic Games, this area is constantly changing and growing, becoming one of the most active and dynamic neighbourhoods of the city.

Rambla de Poblenou is now one of the best streets in Barcelona full of restaurants, bars, shops. There are plenty of things to do here and the project is located just a few minutes from this street. 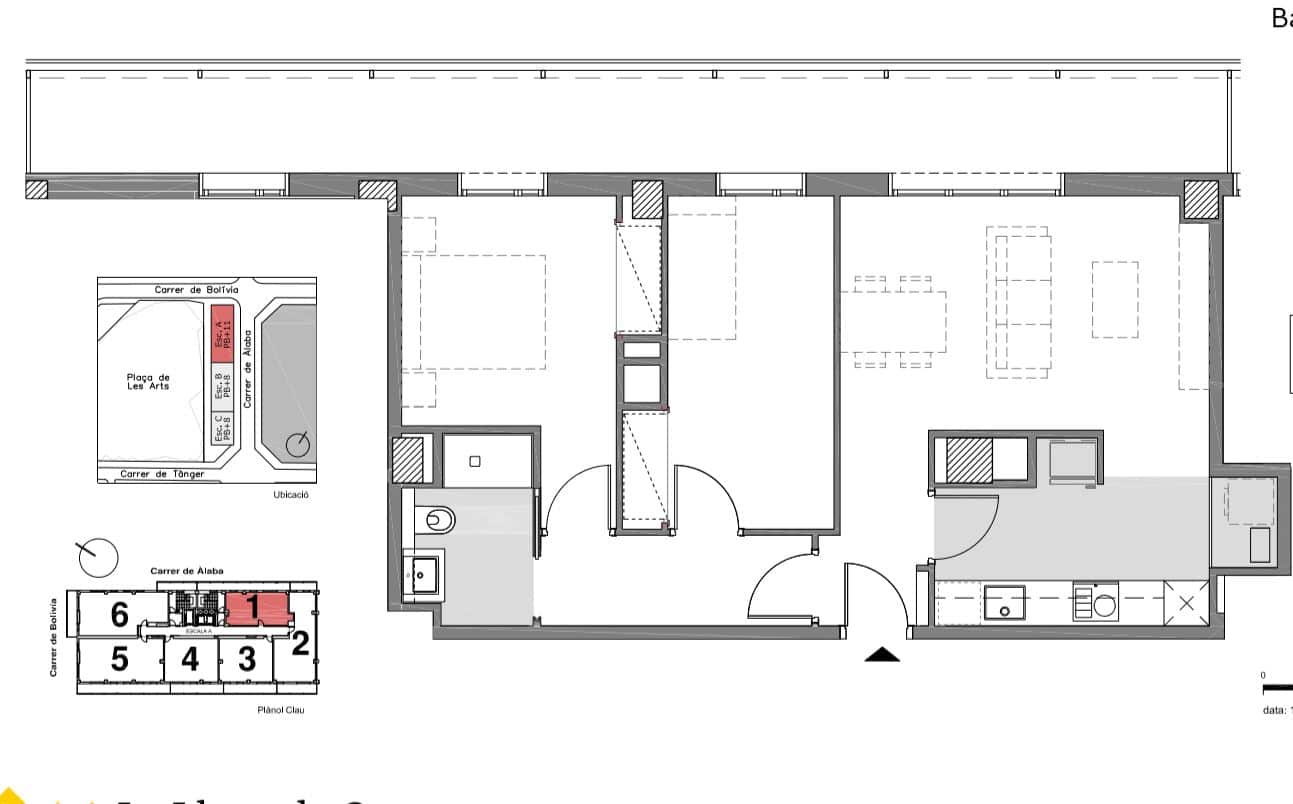