Wonderful flat with 2 bedrooms and 2 bathrooms for sale

This wonderful apartment is located on the top floor of a stately building on Rambla de Catalunya, in the city’s heart. This wonderful flat with 110 m² contains two bedrooms and two bathrooms with many amenities, restaurants and shops nearby.

A hallway with exposed brick leads to a bright bedroom with a built-in wardrobe on the left and access to a small terrace when entering the flat. Opposite, there is a bathroom with a shower and a window. Next, we find the fully equipped kitchen with Bosch appliances, an induction hob, and a dining area. The flat also has a laundry room with a Miele washing machine and dryer and a large built-in wardrobe for linen.

The second bedroom is the master bedroom, exterior-facing and features two built-in wardrobes and an en-suite bathroom with micro-cement flooring, two sinks, storage space, shower and hydro-massage bathtub. There is a sofa, a large Samsung television, and two large windows overlooking a beautiful courtyard in the Eixample in the living room. A concierge service is included.

Additional features of this flat include an osmosis system in the kitchen, heating, air conditioning, parquet flooring and Gradhermetic blinds.

About the neighbourhood Eixample

Eixample is a huge district north of Plaça Catalunya to the left and Passeig de Gràcia to the right. It means ” extension ” in Catalan” because it is the city’s newest component. In truth, this location is an extension of the city, which profited immensely from the innovative urban design of Catalan engineer Cerdá during the 1850s. Cerdá was a stickler for straight lines, so the entire area is laid out in a grid, with an indoor patio for each building block.

The Eixample is now known for housing the majority of Barcelona’s art nouveau treasures, such as Casa Mila, Casa Batlló and the wonderful Passeig de Gracia. It is a residential area with many shops and some of the city’s most outstanding restaurants. It’s a fantastic area to live, always bustling with activity.

Feel free to contact us in case of any questions! 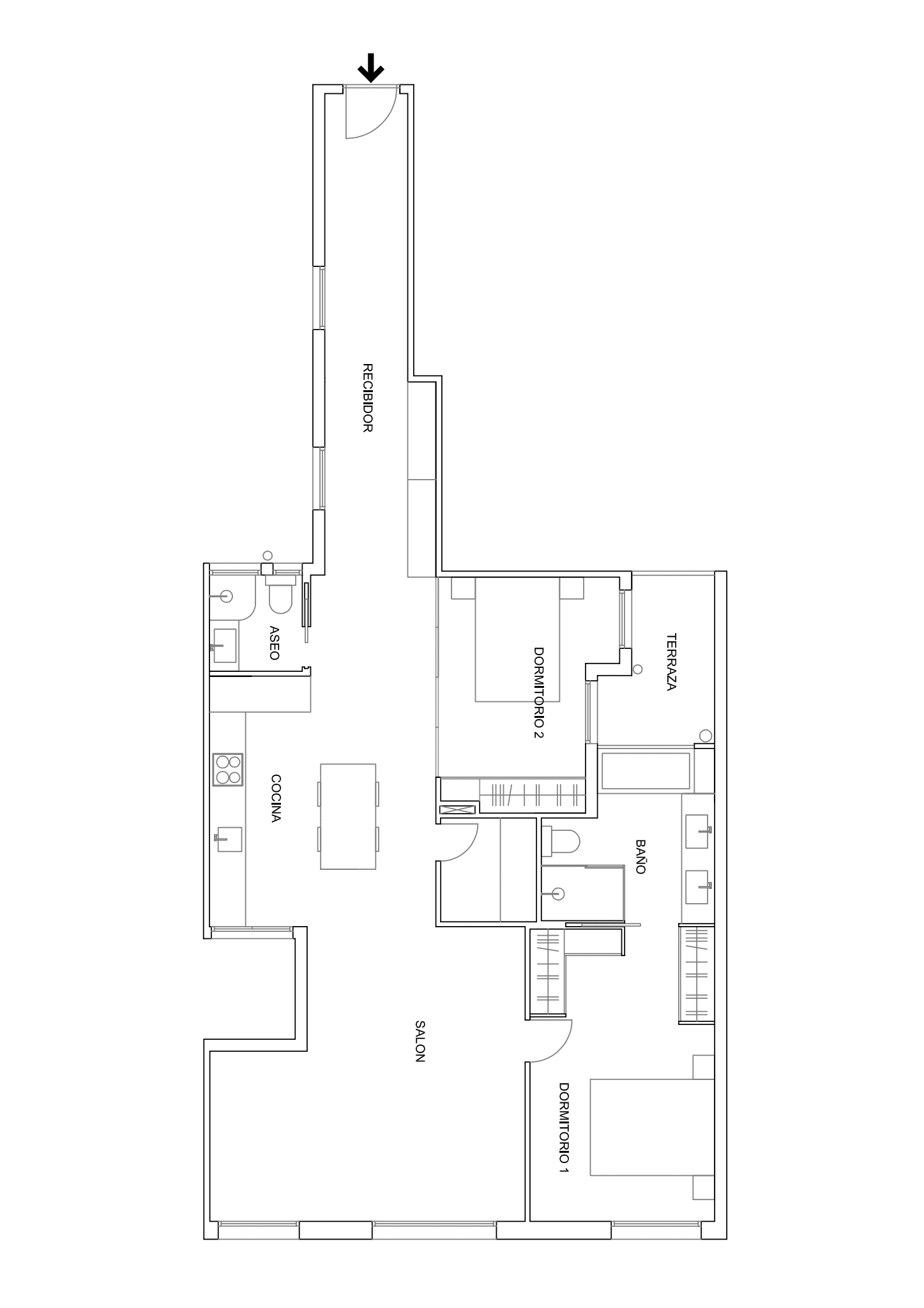 Gorgeous 2 Bedroom apartment in Eixample and...

Beautiful Modern Apartment in the Heart of B...