Gorgeous loft apartment with garden for sale in Poblenou

This incredible modern loft apartment with a garden for sale is situated in a newly refurbished building in Barcelona’s most loved area, Poblenou. Originally built in 1963, the building has been skillfully converted into lofts, gardens and terraces that are sustainable and transformed into a spectacular 21st-century building. This apartment consists of a fantastic open floor plan as soon as you enter the apartment, whereby the living room, kitchen and dining area are all combined creating a free-flowing environment that is perfect for entertaining guests due to the easy access to all of these spaces. In addition to all of this, you have a garden which covers an area of 26m2 for you to take advantage of.

The objective when designing this loft apartment with a garden for sale in Poblenou was to offer spaces that exude tranquillity whilst simultaneously creating a seamless balance between luxury and lifestyle. The overall style is incredibly minimalistic thanks to the specific materials that were selected in order to add some warmth to the space, whilst also providing a luxury feel through the high-quality finishes. The garden offers an oasis of tranquillity and nature, where you can escape from the hustle and bustle of fast-paced city life. Within this building, you have an incredible amount of light. Also, the neighbours can enjoy the rooftop terrace with beautiful views of the city and a spectacular communal swimming pool.

The location of this building is unrivalled. Poblenou is the hub for large technologically companies and start-ups; prestigious universities and cutting-edge fashion designers, museums and parks. This area boasts a plethora of exclusive shops and the finest restaurants for you to take advantage of. You also have incredible access to the rest of the city on both feet and by public transport.

See more of our properties for sale in Poblenou.

The Area of Poblenou

El Poblenou (Pueblo Nuevo, in Spanish) is located in the Sant Martí district. At the end of the 19th century, it was the area with the most industrial concentration in the country, to the point that it was known for a while as the “Catalan Manchester”. With the Olympic Games, the great transformation of the neighbourhood began, which today takes a new impetus with the 22 @ project. Now it is one of the most fast-developing business and real estate areas next to the beach.

Nowadays the area is filled with shops, cafes, bars and restaurants; one of the best fish restaurants in all of Barcelona is Els Pescadors. In ‘Cervecita nuestra de cada día’, a place next to the Rambla de Poblenou, you will find craft beers that are made in Catalonia. Can Recasens is the typical neighbourhood “celler”, perfect for a glass of wine and a table of delicious cheeses and freshly cut sausages? It is one of the most pleasant and iconic places. Some of the best beaches of Barcelona are within a short walk from the building. 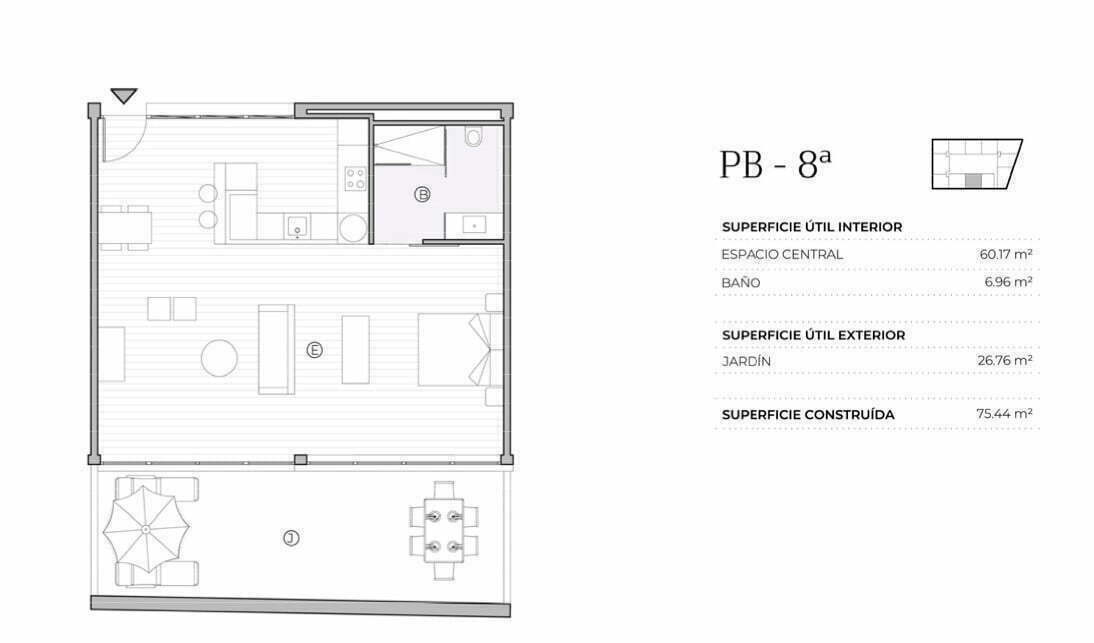