This renovated apartment for sale in la Rambla of Barcelona the Old Town has a living area of 72m2. The building is located in the middle of the Rambla, right in front of the Mercat de la Boquería. It is next to the metro station of Liceu and 5 minutes from Plaça Catalunya. In this area, you will find all the services that you will need. Besides, this is the perfect location at the gates of Ciutat Vella with its multitude of monuments and picturesque streets. This place shows the soul of Barcelona.

This renovated apartment in the Rambla of Barcelona is located on the 2nd floor of a newly refurbished building with an elevator. It has 2 bedrooms and 2 bathrooms. The apartment is also fully renovated.

At the end of the corridor, there is the kitchen, which leads to an open space with the living and dinning-room. It has a small balcony that has views of the interior patio. Besides, the kitchen has all the appliances needed.

For more properties, take a look at our selection of Real Estate in Barcelona.

The Old Town of Barcelona

The very first district of Barcelona arose from the walled enclosure that surrounded the old city. It is what is known as Ciutat Vella, a fascinating network of streets and squares through which you can discover the history of Barcelona. Ciutat Vella brings together four neighbourhoods, each of which is of prime importance in the construction of Barcelona. And has become a pilgrimage route for any visitor. At first, the Gòtic, which is the oldest urban nucleus of our city. Then, Sant Pere, Santa Caterina, Born and Ribera – the medieval quarter. Then, the Raval, the nucleus that was articulated around the rural roads outside the wall. And finally, Barceloneta, a seafaring neighbourhood next to the port. It was built in the mid-eighteenth century under the watchful eye of the Citadel, the military fortress built to repress Barcelona after the revolt of 1714.

In spite of its name, Ciutat Vella is one of the most modern and lively districts of Barcelona. In Ciutat Vella, you can follow the footsteps of the ancient Romans, pray in Gothic temples that aspire to touch the sky. But also stroll through palaces that the Indians built for their mistresses. And follow the trail of the great modernist architects or enjoy the cultural offer of the modern Barcelona in Raval.

Here you will find anything you need – local and international shops, grocery stores, multiple restaurants, bars, small squares. It is a very central and indeed great place to live and to stay when in Barcelona.

Your energy class is A+
A+ 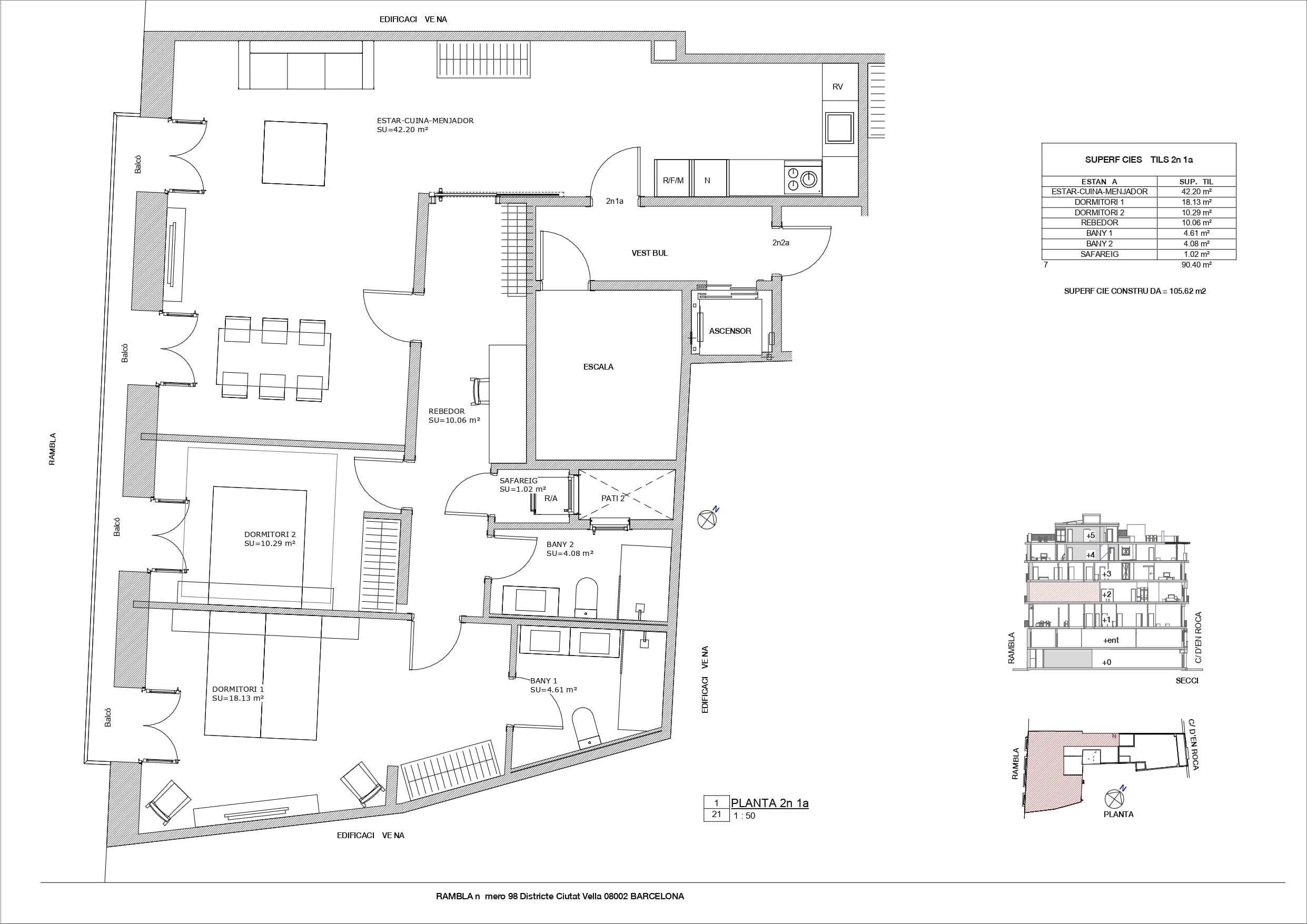