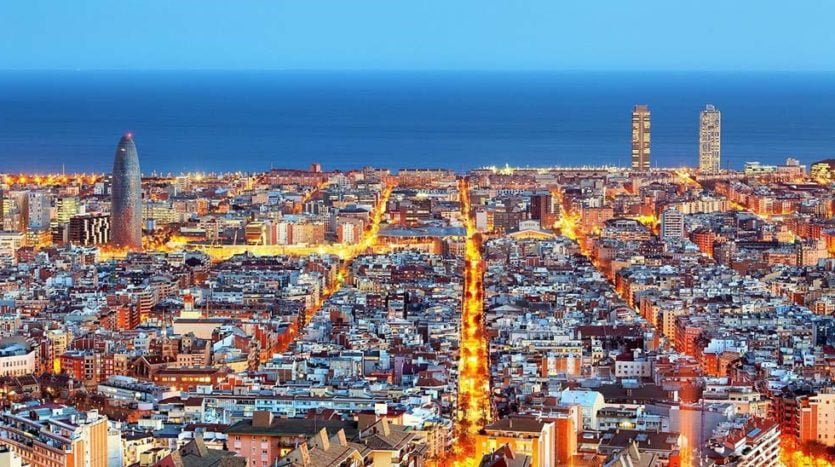 A Look into Tourism in Barcelona vs Spain

A Look into Tourism in Barcelona vs Spain

When speaking about Spain, the first thing people often mention is the sunny beaches, warm weather all year round with affordable prices (comparatively in Europe) and wonderful culture. It is near to impossible to be oblivious about the fact Spain is one Europe´s biggest tourist destinations. Not just popular opinion, the facts also support the claim, with tourism being the 3rd major contributor to the national economic life, taking about 10-11% of the country´s GDP. Ever since 1960s, Spain has always been one of the most sought-after destinations for all visitors around the world, especially for the summer. Accordingly, in 2017, the country was the second most visited country in the world, recording 82 million tourists, continuingly beating its previous year record in the 5th row.

But Spain is a fairly large country (in European standard), not many people truly know the real numbers and facts about different regions and how tourism works in these areas. This article will take an evaluation of the tourist industry in various regions and Barcelona.

think about is one of the strongest football lubs in the world. Some might think about the beautiful sandy beaches that come along with lovely warm weather all year round. Some might even talk about one of the most vibrant lifestyles being compacted in to just a small but cozy city. Everything above makes the beautiful Barcelona that people have been giving praise to for years in and out. But Barcelona is more than just that. It is not just a generic Spanish city with the same ¨beach and sun¨ stereotype. It is an economic hub, the largest growing region in Spain with the highest GDP contribution per capita. It is an accepting culture that is characterized as cosmopolitan, where people from all over the world gather to settle down and make new lives. You can meet and kinds of people from all corners of the universe. It has a culture itself that is totally different from the rest of Spain and reflected upon the great buildings, architectures, arts and music. What´s more, the prices, comparative to other big cities, are fairly economic and the parties that you have in the city is worth bragging about for all your life. With all these qualities, Barcelona surely is not just a place to visit, but also a place to stay.

But to many´s surprise, It has not always been like this. Before 1992, it was just one of those not so popular Spanish cities, a hidden gem waiting to be discovered and polished. So, what really made Barcelona rise to fame? The answer lied in the 1992 Summer Olympics. Although not without tremendous efforts from the locals, the Summer Olympics had given the city the exposure it really needed to shine. Its popularity rose tremendously by becoming the 6th best city in Europe in just 8 years after and also giving the economy a big boost, lowering unemployment of all time high: 127 774 to 60 885. It was a story of triumph and glory for the Barceloneans.

Barcelona nowadays has not just become a tourist hotspot, but a place to call home for many international dwellers.

In 2016, Barcelona has a population of 1.7 million; and that is just counting the people within the administrative limits. Over 17% of residents come from other countries, a number that has grown significantly from just 4% in 2001. A large part of it has to do with many international companies deciding to set office in Barcelona, bringing a great amount of expats to the area. With all the great qualities it has to offer, no wonder people are flooding to the city to secure a spot for themselves. The real estate scene of the city has been one of constant growth, while lately being halted by the independence movement, have recovered significantly. One fact that remains constant is the ever-growing need for accommodation that will only cease till the world ends. Investment in the field has seen phenomenal returns.

The Canary and Balearic Islands

These Islands have all those typical qualities that Barcelona has to offer: fantastic beaches. The only notable difference may be the climate and geography and population demographics. What makes the Canaries stand out is that it is a European settlement in another region. You´ll be visiting Europe, but with a totally ecological make-up. What people often talk about these islands are the wonderful nature that it has to offer. Being indulged in the warmth of the sun while trying to spot wild animals sounds like a great plan.

The Canary Islands are also great spots for you to relax, as it is not as hectic as the cities. People often come here to find peace and quiet, a change of pace from their busy lives. A part of those tourists come to the islands in search of the waves since the surfing culture has always been an inseparable part of the Canaries.  The Balearics shares many qualities that the Canaries have, while having the more Mediterranean climate to go with. They are both really attractive places to visit and it is surely a tough choice between the two.

Settling in the islands, you would have to be a person of particular needs. The life on islands are less dynamic, everything is slower and more peaceful. Some might even dare to say that it is dead after the summer. It is now still considered as ¨come and go places¨.

Andalusia, again, besides the stunning beaches, is famous for being home to many stunning historic sites. The region has had a lengthy and interesting history: from the occupation of the Arabs to the conquest of the Catholic king. You will often encounter very intriguing buildings with a mixed design of both cultures, giving Andalusia a mystery to it.

It is well-known that the Game of Thrones have filmed many of their spectacular scenes in different parts of the region. In the big cities, the nightlife is fairly vibrant, as no matter what kind of culture they come from, the Spanish loves to party. The best part of it might actually be the dirt-cheap prices. Andalusia is famous in Spain to be the cheapest area to live in, while that fact might have many implications that come along with it.

It is not a strange idea that there are many international dwellers along the coast line, most predominantly British. Andalusia, being the lowest growing economies of Spain, faces many difficulties for people to settle down or invest, as there are not that many opportunities present. It is often thought of as more of a second retirement home than a serious place to settle down.

Other regions in Spain, while maybe having some slight differences from the 3 represented regions, do not stray too far from their peers.

Looking at the data, Catalunya and Barcelona seems to be the most attractive to international eyes. While having all the characteristics that other Spanish regions share, the city offers much more, giving visitors and dwellers a unique and unforgettable experience.