Why buy a property in the neighborhood of Ciutat Vella

The old town, known as Ciutat Vella, is the historic nucleus of Barcelona and it is nestled between the Mediterranean Sea and Eixample, containing El Gotic, El Born, El Raval, and La Barceloneta districts. Ciutat Vella is history coming alive. La Ciutadella park provides a natural escape and is only a stone’s throw away from the beach. You can buy a property in any of the districts of Ciutat Vella, and you will not have regrets. Each district has its own style, Gothic being styled with urban spirit and mystery, El Raval a mixture of ethnicities and cultures, El Born a boho district with an artistic soul, and La Barceloneta touching the Mediterranean Sea. The name attributed to it, Ciutat Vella doesn’t, therefore, do it any justice as the whole area is one of the most diverse and lively in the city.

Why buy a property in the neighborhood of El Born

Limited at its borders by Via Laietana and Barceloneta, El Born is an example of growth and perseverance as it flourished from a humble settlement to a fashionable place where you can buy a property in Barcelona.  Unlike the misconception that Born stretches from Barceloneta to Palau de la Musica, the neighborhood is actually just the lower extension of the La Ribera district whose name is rarely used. This misconception occurs due to the popularity of the zone which has made a name for itself due to its thriving artisans and artistic communities. You can find many workshops, designer studios, and independent boutiques in El Born. A fine example of Gothic Catalan architecture is the 10-century Basilica Santa Maria del Mar rising tall in the middle of El Born and keeping watch over the neighborhood. El Born also shelters the Palau de la Musica Catalana which is an opera house and concert hall, as well as a true Modernist marvel. El Born offers many places where you can enjoy food and the most recommended spots are traditional Spanish. If you buy a property in Barcelona in El Born, you will always be in the heart of the action, touched by an artistic edge and a boho style.

Why buy a property in the neighborhood Eixample

One of Gaudi’s most elite works is unfolded in Eixample as this neighborhood offered him the perfect canvas for his creative architectural masterpieces. In Eixample Right most significant streets and places are situated, so you can find here La Rambla, Passeig de Gracia or buildings such as La Pedrera and Casa Batllo. On the left side of Eixample there are many cozy spots where you can enjoy food and drinks or a night out in bars and clubs. The geometrical ground pattern neighborhood is a great destination for shopping as well, having stores of any kind from luxury to casual and more. Having an excellent position in the center of the city, Gracia is the meeting point of many means of transportation, so you have access to everything from taxis to buses and the metro. Eixample is the epicenter of architecture, accessibility, restaurants, and stores, but it is also safe and vibrant, making it the perfect place to buy a property in Barcelona.

Why buy a property in the neighborhood of Gothic

Another mystic neighborhood of Barcelona is the Gothic quarter, situated near La Rambla and in the historic downtown. Since the Gothic quarter is part of the city’s founding origins, it is also subject to many myths and legends, all of them revolving around architectural sites. The Bishop’s Bridge, for example, constructed in 1928, is said to cast a spell on anyone who crosses the bridge and sees the hidden skull, the work of the architect whose whole project was not validated by the government. On a happier note, the House of Archdeacon or ‘’La Casa de l’Ardiaca’’ harbors a small mailbox on its façade that, unlike the building which rose in the 12th century, was designed in the 19th century. The design of this mailbox draw anyone’s attention as it has justice representing swallows, a turtle that suggests the slow movement of the judicial system, and an ivy mirroring the burden of bureaucracy. It is no surprise that it was created at the request of the local Lawyers association, but the magic of the mailbox is within the turtle which once touched will alleviate the curse brought by the skull on the Bishop’s Bridge. It can be said that between the bridge and the mailbox a perfect symmetry is created. There are many legends in Gothic, but the reality of it leaves no room for interpretation: the quarter is an architectural work of art, with great restaurants and many sights to see. Gothic is the home of stores of all kinds and has at its borders, Plaza Catalunya in the north and the sea in the south.

Why buy a property in the neighborhood of Gracia

Gracia joined the city in 1897 but used to be an independent village lying outside the walls of Barcelona and bears the inimitable mark of Antoni Gaudi’s modern works such as Casa Vicens or Park Guell. Gracia is brimming with culture and life, evidence being in the facades of the buildings, the design of the public plazas such as the Placa de Vila de Gracia decorated with a bell tower that has as embroidery the zodiac signs or an annual festival, every August which dresses the neighborhood in hand made decorations brought to life by residents and baths Gracia with color. This bohemian neighborhood made of great restaurants, vintage stores, markets, galleries, and boutiques is the heart of the old town. The oxymoronic combination between nature and the city gives Gracia a certain flare. You can escape the crowds and feel an independent spirit in Gracia, but walking towards Calle Verdi, a main artery of the neighborhood and one of the best streets in the city by vote where you come face to face with people. If you seek nature, head towards Park Guell and enjoy the spectacular views, the ‘’gingerbread’’ houses, and other surprises signed by Gaudi. If you are looking to buy a property in Barcelona, Gracia is definitely worth considering in terms of neighborhood.

Why buy a property in the neighborhood of Poble Sec

One of the oldest neighborhoods in Barcelona, charged with heritage and culture unfolds itself between the foothills of Montjuic and the port, being caught between land and sea. In fact, the place is legendary, storytellers suggest that Hercules and his brother Hermes lost one of their 9 ships during a storm and found it near the hills of Montjuic, both remaining bewitched by the area. Traces of life go back to Roman times in Poble Sec and despite its name is translated to ‘’Dry Town’’, this neighborhood shakes with life being a space where various museums can be found, spectacular castles decorate its hills being pillars of history, and offering spectacular views. Throughout the neighborhood, you will find multiple gardens, true oases of serenity, and peace ready to be explored. Towards the port, the warm breeze and sea scent will tackle your senses. If you are a foreigner and you buy a property in Barcelona’s Poble Sec area, you will fit perfectly within the puzzle of multi-ethnicities and get the chance to get to know other cultures. Talking about culture still, various theatres have a home in Poble Sec since they started blooming after the Civil War when people needed a distraction. Nowadays, you can enjoy music, flamenco, theatre, cabaret, and many productions in theatres such as El Molino, Victoria, and Condal. Another element of culture is food and Poble Sec excels here as well, having all types of restaurants from traditional bodegas to international, modern, and fine dining options.

Why buy a property in the neighbourhood Zona Alta

The neighborhood Zona Alta (High Zone) of Barcelona contains various districts:  Sarria, Pedrables, Sant Gervasi, Putxet, and Galvani. Sarria is located at the edge of the city on the foothills of Tibidabo mountain. Sarria was born an independent town, but in the early 20 century, the town merged with Barcelona while keeping a strong-willed independent spirit and village image. In its early days of existence, Sarria was inhabited by winemakers and farmers, but its evolution led to a richer crowd of noblemen and merchants who needed to escape the busy city but remain in its proximity. Therefore, Sarria was an already affluent and exclusive district when it annexed itself to Barcelona. As proof of its vehement spirit, Sarria remains a catalyst of exclusivity, peace, and charm. Pedrables is another district in Zona Alta worth giving more than a single glance. Home to some of the most impressive buildings in Barcelona, Pedrables used to be incorporated in Sarria town, hence creating nowadays a two-pieced mosaic of prosperity and exclusiveness. Pedrables is composed of many styles, with paved streets that breathe out calm and quietness and beautiful homes surrounded by green gardens and pools. The prominent house style is modern, minimalist, and innovative, but the district is sprinkled with some classical and impressive mansions as well. One of Barcelona’s largest districts is Sant Gervasi, one of the gateways to Collserola Nature Park where Tibidabo unfolds. Built-in a similar style to Pedables and Sarria, Sant Gervasi is composed of narrowed streets mainly, but also urban forms and shapes. Due to the proximity to a mountain range, the district enjoys clean air traveling throughout, but also many clinics, health centers, and schools constructed under religious decreets in the 19th century. In the present day, this transformed Sant Gervasi into an area with the highest density of schools in Europe. Putxet is a small mountain between Vallcarca and Sant Gervasi. Here, exquisite gardens sheltering privileged miradors can be found here. These gardens together with various vegetation attracting even some rare species create a small Eden. Galvani area is a small part of a district called Sant Gervasi-Galavani which is characterized by peace and quiet and would be a great spot to buy a property in Barcelona if you are looking for a more tranquil zone.

All in all, the Catalan capital has plenty of neighbors, all different and suitable for all tastes which would make a lovely choice if you want to buy a property in Barcelona.

You can also consult the following page for more information about Barcelona’s neighborhoods or find useful advice regarding food, what to visit, shopping, and things to do on the following tourism page.

Contact us if you need advice on buying a property in Barcelona. 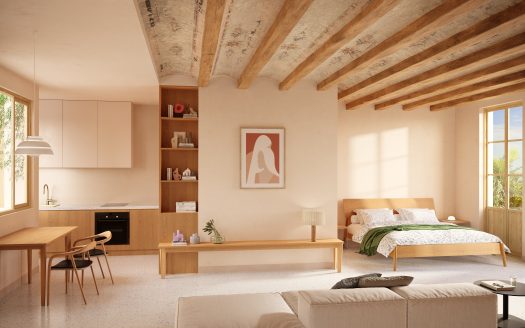 Is buying a property in Barcelona a good inv...

Nov 02, 2022
Buying a property is always a good investment, however, buying a property in Barcelona can turn out to be one of th ...
Continue reading
Sign up to receieve alerts for new properties and save your search!
Sign into your account
or
Login with Facebook
Login with Google
Create an account
Reset Password
Register here! Forgot password?Back to login Back to login

Is buying a property in Barcelona a good investment?
× Chat Now